Written by Lars Godbolt on 21. november 2022. Posted in Nyheter

Due to the electrification of new means of transport we saw the need to update the way we used the category “Vehicle type”.

For the OCPI v2.1.1 interface we are now very close to starting to import from the Charge Points Operatos (CPO). Towards the end of this week, we will import the Norwegian CPOs Mer, Kople, and Eviny. For API users this will simply mean that the data quality is higher than before as we do not have to rely on manual entry of new stations from the CPOs which we have an OCPI connection with. This means that we should have 100 % coverage from the CPOs that we have imported through OCPI. Stations that are already in the NOBIL database will be updated / merged by the new ones received from the OCPI.

Real time data is still a work in progress – we are prioritizing getting static data through OCPI from all the major CPOs in the Nordics before implementing real time data.

There are some limitations in the OCPI data. For example, the location ID. We used to specify if a charging station was at the street level, car park, airport, shopping center, et. Cetera. Now, however, we do not receive that data through the OCPI, meaning that all stations updated through OCPI will now have the ID for location set to “street”.

This week Energimyndigheten, admin of Nobil Sweden, changed the attributes of all the chargers on 42 Tesla Supercharger stations in Sweden. The change is mainly on ID. 4 “Connector”, which they have changed from “Tesla Connector Model” to “CCS/Combo”.

This is done because Tesla have opened 42 of their stations to all EVs. All connectors at Tesla stations have technically been CCS for a while, but we decided to keep them as “Tesla Connector Model” in NOBIL as they could for a long while solely be used by Tesla vehicles. With the opening of the network everyone can now use the chargers on these stationss, and as such we are now labeling them as CCS. The ones still labeled Tesla Connector Model are closed / only open for Tesla users. 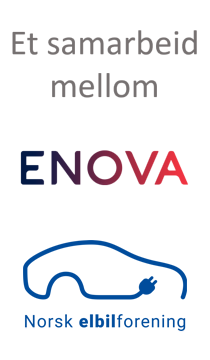